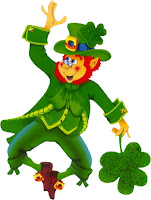 Happy St. Patrick's Day from the Farrell House!  Yep, hubby is Irish.  Me?  I'm German.  In America we are always saying stuff like that.  But, what does it mean?  Is my hubby really Irish?  What we mean when we say that is that somewhere in our family history there was at least one person who was Irish, German, Italian, etc.  I think if hubby was in Ireland right now, they would say that he is NOT Irish.  He is American.

Here is the real Irishman in his family. His Grandpa Farrell (hubby doesn't even know his first name) came from Ireland.  That's my hubby in the middle. 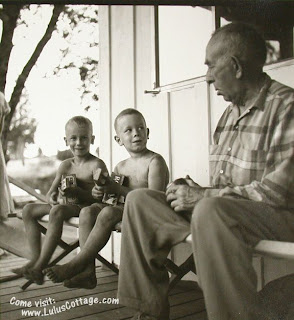 The family lore is that he took off the "O" in O'Farrell when he came here.  I have heard a few fun stories about his accent.  But, he died young enough for my hubby to have pretty vague memories of him.

Am I German?  Well, my Grandpa was the first person born in America in his family that came from Germany.  And, I had a German last name until I married. So, I have always said "I'm German".  But, I know next to nothing about the culture and history of these people who came here to America so long ago.

I guess that is all part of living in the Melting Pot of the world.  We are all American. 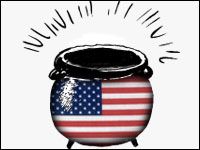 Or pretending to be. 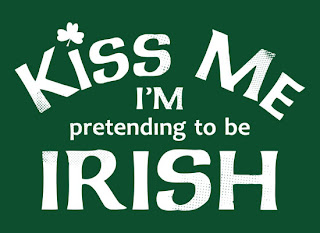 So. What fun and special thing are you doing on this holiday?  It's raining here, which has put a damper on some really fun local happenings.  Darn.

As for me, I have a gig with my band tonight.  It's been a while and I'm really looking forward to it!  I will be posting an update on my band blog about it in next next couple of days.  Now, I have to go....so I can figure out what to wear!