My nest just got emptier 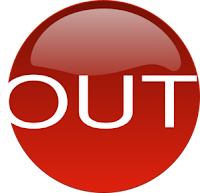 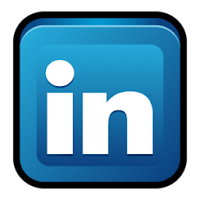 They move back in.
Out. In.  Repeat.  Has this happened to anyone else?

Today my youngest moved out (again).   He came back home last spring to 'regroup'.  I told him that I was getting attached to him and that it was going to be hard to let him go (again).  He went straight from High School to the Navy, so he hasn't lived here for a long time.
When he came home, it was after moving far away to Seattle for six months.  He had mostly hard times.  Roommate problems (they ended up stealing from him), it took a long time to find a job depleting what money he brought with him and it was a huge change going from living in a National Park (Yosemite for 3 years...it doesn't get much more isolated than that) to a major city.


I wanted him to feel comfortable and not in a hurry to go, so I moved out of my lovely office and gave him the room.  I missed that room as I was relegated to my downstairs room that is an exercize/storage/sometimes guest room/craft area/catchall room.  On the plus side, the downstairs is warmer than the upstairs and my office was always particularly cold. 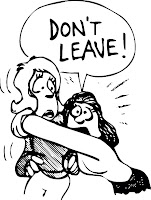 So, he spent the summer figuring out his plans.  In the fall, he enrolled in college (the Navy is paying for it!  Yay!).  He saved up....and now, it's moving day.
I'm a little sad to have him gone.  But, if I close the door to his room, it's like he's there (he didn't come out much!).  And....it doesn't even look like he moved, because his stuff is still EVERYWHERE!.  He said that I could just go in there and do what ever I wanted with what he left.  What I want is for him to come back and clean it out himself.  Argh. 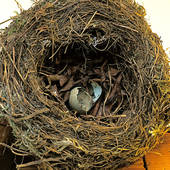 I know he's happy to be in his new place and closer to college and friends.  We live so far from everything, I know that would be hard on someone in his stage of life.  What I find "peaceful and quiet", he probably found "boring" and maybe "stuck in the country".  Besides, who wants to hang out with their parents anyway? 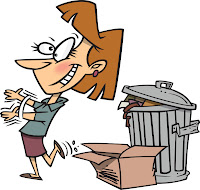 I'm fighting the urge to go to his new apartment and try to fix everything....dishes, towels, furniture....I'm itching to fix the place up.  But, it's not my place.

I'm putting all my thoughts toward redecorating my old/new office.  Pics to come after he clears the space.  I have faith.  Or.......

Posted by Stephanie at 3:32 PM No comments: